I find Márton Koppány’s two books of visual poetry, modulations (2010) and Addenda (2012), so different from each other!  I think there's more nuance in modulations, but that's not a criticism of Addenda.  I think Addenda contains more multi-layered messages so that I had to grapple with specific (narrative) content that's not so much reliant on reader (interpretive) input; this is to say, many in Addenda had to tell more rather than create more abstract spaces. Ultimately, however, to compare the two books is also  to glean a trajectory and what such reveals is that this poet isn’t resting on his laurels but continuing to explore the possibilities of his art.

Exploration, though, is different when one is a mature versus newbie artist.  The mature and self-confident artist which I consider Koppány to be (and self-confidence doesn’t always arrive with age, ya know?) deliberately takes risks (Hola Senor Guston!).  The poet Leza Lowitz once wrote, “This is what transformation looks like—a mess.”  As a collection, Addenda coheres more messily than modulations.  And that Koppány allows such to occur is admirable—it shows he cares as much about process as the results, that the journey, too, matters (for our attention) as much as goals or destinations.

A comparison shows that I was able to enjoy immediately more works in modulations than Addenda.  I believe that's because the visual impact was more clear in many of modulations' works, whereas I had to look longer at several pieces in Addenda and think longer about each.

Here are some perfectly-pitched images from modulations that I enjoyed right away, such as “Fall Leaves” (Page 15) 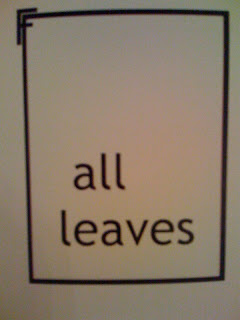 and the first two images of the 8-image series, “Surface” (Pages 20-21), that Koppány created with Mike Cannell 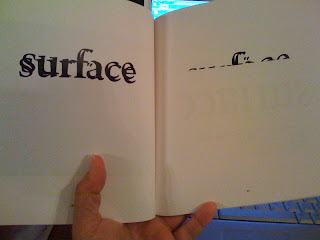 For Addenda, I felt the overall collection to be more baroque, or narrative, or dense (I'm revealing my difficulty here in articulating what I felt to be Addenda's overall density). I had to spend more time with several pieces to be able to adequately engage with them.  For example, “Ellipsis No. 16” (Page 13) left me cold at first: 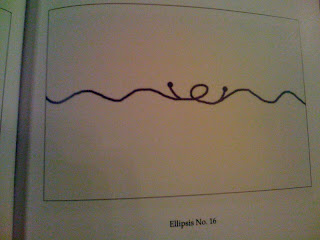 It was only after a lengthier perusal that I felt I achieved some sort of understanding of the image.  I could have misunderstood it, of course, but what I got from the above was that what the ellipsis is referencing is a matter of some complicated confusion.  The middle dot in the ellipsis here is, unlike the first and third dots, a fatter circle.  I view that fatter circle as hesitation in the unfolding of the ellipsis, which means either what was before or is to come after the ellipsis is, as I said, a matter of some complicated confusion.

While my reading here (which I do realize is highly subjective) was ultimately rewarded, I guess I more prefer the works where the visual connection is made more immediately.  Fortunately, there are some for my taste in Addenda, such as "No Question (Page 16)," "Old Question (Page 50)," "Official Impossibility No. 1 (Page 46) and No. 2 (Page 47)" and the following “Looking For” (Page 15): 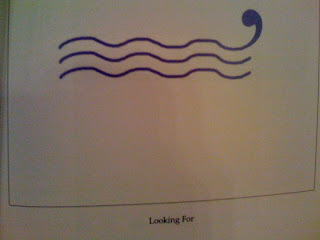 Nonetheless, while it may take me longer to enjoy the works in Addenda vs. modulations, when an image in Addenda works effectively in combining both narrative content and visual punch, it can generate perhaps a more lasting resonance.  An example of one that has this wonderful effect is the cover image on Addenda: 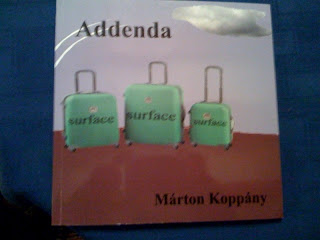 Yes, one can glean the surfacing of something (potential or future) or someone as a result of travel.  One also is reminded that when the travel is not merely travel but exile or immigration, then what will surface from this experience becomes larger and more significant (I need not specify details but just hearken the many and varied stories of immigration and exile). 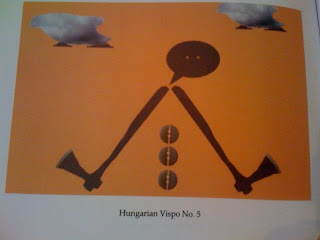 and here is the Author's note, which is actually a “slightly shortened” version of an article in The Economist, Sept. 4, 2012:

“THE return to home and freedom of Ramil Safarov, an Azeri military officer and convicted murderer, has prompted one of central Europe’s biggest diplomatic storms. It has pulled in Russia, America and the European Union, and led to a new war of words in oen of the world’s most volatile regions. Safarov used an axe to murder a sleeping fellow student, an Armenian officer called Gurgen Margarjan, while both men were at a NATO English-language course in Budapest in 2004. Safarov justified himself by referring to Armenian atrocities against Azerbaijan in the conflict of 1988-94. He told the court that Lieutenant Margarjan, an Armenian, had taunted him about the contested region of Nagorno-Karabakh from where he was a refugee. Hungary sent Safarov home, it says, on the understanding that he would serve the rest of his sentence in prison there. But on arrival in Baku, he was immediately pardoned, hailed as a national hero and promoted to major. Hungary condemned the decision to release Safarov and said it had been misled by the Azerbaijan government. Hungarian officials said they had received assurances from Azerbaijan that Safarov would be released on parole only after serving at least 25 years. The Hungarian media has reported that Azerbaijan has been pressing Hungary to release Safarovo since his conviction. Many scent (sic) a dirty deal behind the scenes. The main theory is that Azerbaijan had promised to buy state bonds from Hungary in exchange for Safarov’s release. Hungary needs the money. It has been in protracted and so far fruitless negotiations with the IMF and the European Union for a stand-by credit arrangement. The Hugnarian government is actively seeking other potential investment partners in Asia and the Middle East. Mr. Orban visited Azerbaijan in June.”

I derive the effectiveness of “Hungarian Vispo No. 5” partly from the three buttons implying, say, the 3-piece suits of bureaucrats going through all the machinations described in the above Note.  But it is more of an intellectual engagement than several of the other works in both modulations and Addenda.  Well, why not?  The world is complicated.

Ultimately, one can only applaud Márton Koppány for not settling for the puns and other easier modes than, yes, the political poem.  That's what I see—and honor—in the trajectory between modulations and Addenda: a restless mind whose vision continues to expand, with all the messiness that such entails.

I originally ended the review with the above paragraph.  But then, it’s hard to say “last word”—or “last image”—with Koppány’s books which I’m always sad to finish reading (going from one image to another can get addictive and I want more!).  Indeed, it makes me wonder what would happen with a thicker book from him.  Anyway, I’m going on because it belatedly occurs to me that The Reader, a slightly-revised second-edition book published in 2011 from the first edition published in 1988—the 2nd edition is between modulations and Addenda—actually reveals something, too, about Koppány’s process and journey.

The Reader is a small, enchantingly-designed chap featuring handwriting against graph paper.  What’s interesting is how one is prepared to read the words from a reader’s perspective, but at times end up thinking some statements seem more from the author’s perspective—it’s as if reader and author are trading words as they write the book together.  Which of course a reader and author does: to read is also to write in one’s read of the words at hand.  Here’s an example (“///” denotes page-break):

in an imaginary
time and place

I got my imaginations
ready

I can’t imagine
anything else
///

but this
but this that I accept
interpret
change
///

but these imaginary
circumstances

which are not
against me

which do not
support me
///

which do not
depend on me

and it is not me
they are independent of
///

since it is not me
who has invented them

(he turns the page)


One feels from the above excerpt the exploration Koppány is undertaking, and it is a journey full of pauses and reconsiderations—perhaps a halting movement as he moves from one unsure point to another.  I see/feel that type of path between modulations and Addenda—that the poet moved deliberately from a position of modulated stability to a more messy framework in an attempt to discover something else.  I applaud this decision: it is aesthetic risk-taking at its best.

One should also note the marvels of The Reader beyond being a reference text for modulations and Addenda.  It is an accomplishment by itself.  First, the cover--deftly designed by the chap designer, its publisher Bob Grumman--which hearkens what I said earlier about the fluctuation between author and reader: 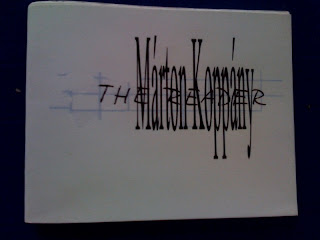 Then, there are the insertions of the phrase “turn the page” just as the reader has finished reading a page and is ready to go to the next page. It is a device that is effective in slowing down the reading, thus making the reader take one’s time in considering the words, which is ironic given the order given within the phrase.

And because the writer does not want to be silent, he continues creating his poems through the muddle of knowing whether what is being created is worthwhile (however “worth” might be defined).  I do get that sense in some  of the pieces in Addenda.  So, to repeat, that the poet moved deliberately from the clarities of modulations to the complications of Addenda can only be admired for what it says about the poet’s appetite for his art and extent of his risk-takings.  I so look forward to much more from Márton Koppány.